Forced Labour in Fashion: Who Makes Our Clothes?

Who makes our clothes? This is the question that we have been asking high street fashion brands as part of our Forced Labour in Fashion campaign.

Over the last few years more information has emerged about the treatment of those from the Uyghur minority population in China. There has been increasing evidence of people from this group being collected in fortress style ‘re-education centres’. At least one million Uyghurs have been transferred to such centres in an effort to ‘educate’ them away from their cultural and religious practices that are separate from those of the majority ‘Han’ ethnicity in China. As part of that campaign Uyghurs are then transferred to working on cotton farms or factories under police or military control in their home region of Xinjiang and across China.

China produces 20-25% of the world’s cotton so it’s likely that you own many items of clothing produced in China or made of Chinese cotton. How would you know if the people who worked in their production were not free? It’s shocking to think that as consumers we could be paying lower prices precisely because Uyghur workers are being exploited.

That is why JPIT and a collection of our supporters wrote to high street brands whose factories in China have been reported to have received transported Uyghur workers. We had some encouraging responses and some that showed there is clearly more work that the company needs to do.

The brands that have made positive progress are:

The brands that have a long way to go are:

We have written back to these brands with our concerns. Please take a minute to click one of the links above to send your own letter to a company with the updated letter.

Read the full blog and our analysis of the different brand responses here. 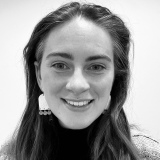 I am delighted to be one of the new JPIT/House of Commons interns this year. I am going to be sharing my time between working with JPIT and in the office of Derek Thomas MP. I have particular interest in caring for our planet as we journey towards net-zero and debt reform policy.