How we describe something changes how we think of something. It is different to say that someone “cannot find a job” or is unemployed than it is to say that person is workless. Saying that a person is workless puts their lack of work as a characteristic of their personrather than as a characteristic of society. It says this person does not work rather than this person cannot find employment. 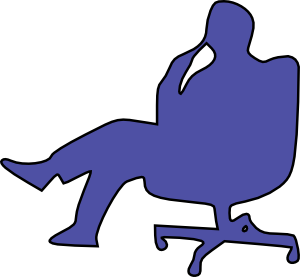 The government’s own definition of worklessness is wider than its definition of unemployment. The term “workless people” includes unemployed people but also people too disabled to work, carers, students and (by some definitions) pensioners.

I would think that it is quite insulting to carers to say that they don’t work simply because they are not in employment. Labelling all those not in paid employment as workless effectively devalues all the work that they do. This work is vital to our society and includes caring for children, the old and the sick. If people did not do such caring it would cost the state vast sums of money to provide it.

In the government’s new Social Justice Strategy Paper the government highlights worklessness as a problem affecting society. It says that worklessness can be a problem in families and highlights the number of families which are workless. One section of the report is devoted to the importance of work but not only does it fail to mention the importance of work outside of employment, it also fails to mention the current difficulties of finding employment.

The report mentions that the number of households where no one has ever worked has been increasing since before the financial crisis. However, it fails to mention that the 297,000 households this concerns are dwarfed by the overall number unemployed and the increase in unemployment since the recession.

Not being in employment (remember worklessness includes disabled people and students as well as the unemployed) is the problem that the government singles out as needing tackling rather than unemployment itself, despite the largest group by far being the unemployed.

What the government actually means when it says “a culture of worklessness” is a culture of unemployment and of people being on disability benefits but not being too disabled to work.

As addressed above unemployment is easily explained by a lack of jobs caused by recession. The question of disability benefits is slightly more complicated. Over 70% of those on incapacity benefit have been assessed as either unable to enter work or would struggle with regular work. These people often do in fact want to find work but cannot find work that is adapted to their disability and also have to compete against the massive numbers of other unemployed people as mentioned above.

The lack of jobs makes for a more compelling explanation for the why these people cannot find work rather than ascribing a particular culture.

Meanwhile this focus by the government and the media on disabled people being able to work has coincided with rise in hate crimes towards disabled people. Disability hate crime increased by 75% from 2008 to 2009 as the Labour Government introduced its reforms to disability benefits and has increased further since.Many disabled people have described being frequently stopped on the street and asked if they have a real disability or if they are merely faking. Every time anyone uses the phrase worklessness instead of unemployment it is worth thinking if this usage is adding to this climate of hate or demonising people whose caring responsibilities support our society.

Next Post: Sermon notes: What – are we blind too? »