What could COVID-19 teach us about responding to the threat of nuclear weapons? How might Christians respond?

It is widely acknowledged that COVID-19 has accentuated and laid bare many pre-existing issues within society, and has set a precedent for governments taking significant action when a crisis demands it.

A quick Google of something along the lines of “COVID-19 shows the need for…” will reveal a multitude of social issues for which a global pandemic apparently provides the perfect impetus to tackle. There’s a bit of “I’m Spartacus!” in the clamour to prove which policy area demands political attention in a post-pandemic world.

It’s a crowded arena, but there is one issue I hope does not get lost in the furore – nuclear weapons.

Much has rightly been said of one existential threat to humanity – the climate crisis; less is being said of another – the use of nuclear weapons.

Even the utterly tragic death toll we’ve seen from COVID-19 in the UK over the course of months is lower than the death toll from the single atomic bomb dropped on Hiroshima in 1945, 75 years ago this month. Bearing in mind the U.S. possesses nuclear weapons 75 times as powerful as that one, you get a sense of just how devastating the use of nuclear weapons could be in our modern world.

But, you might say, the chances of nuclear weapons actually being used is incredibly slim. And you’d be right. Possibly. The threat may seem small, but we are now all too keenly aware how seemingly distant possibilities can become present realities in a heartbeat. The relative unpreparedness of many nations for a coronavirus pandemic provides ample evidence, if any were needed, that “better safe than sorry” is far from empty advice when evaluating policies which have the potential to impact the lives of thousands. Indeed, the “Doomsday Clock” of the Bulletin of the Atomic Scientists – a metaphor indicating how close humanity is to destroying the world – has been set at 100 seconds to midnight, i.e. the closest to destroying ourselves we’ve ever been, due to a combination of climate change and an undermining of arms control treaties. They claim “any belief that the threat of nuclear war has been vanquished is a mirage.”[1] A small threat it may be, but an increasing one it is too. This is not even to mention the vast sums of money needed to replace and maintain Trident (it’s over £200bn[2]), concerns over which will only be heightened amidst an unprecedented global recession.

There are signs of hope, however. The UN Treaty on the Prohibition of Nuclear Weapons (TPNW) is likely to acquire the necessary signatories to become international law later this year. While this will only be binding in countries which have signed it (the UK, unsurprisingly, has not), it might just transform the way banks and other financers of nuclear weapons, doing business in multiple countries, operate. The Treaty would make it illegal to assist in the development, testing, production or stockpiling of nuclear weapons.[3]

This is where the “Banks, Pensions and Nuclear Weapons: Investing in Change” report – which JPIT helped author – comes in. UK financial institutions invested $31.6 billion in nuclear weapons-producing companies between 2017 and 2019. This report expertly outlines the current state of play and then ranks various banks and pension providers on their policy, practice and transparency. We then all have the opportunity to help bring about change by writing to our financial institutions.

The UK Government is unlikely to sign up to the TPNW, but banks and pension providers are likely to be affected by it. By putting pressure on them to change their investment policies, we can slowly make it less viable for private companies to build nuclear weapons, and build momentum against the legitimisation of these weapons.

Why Should Christians Care?

At a time when Christians were debating whether it was permissible to serve in the Roman army, Church Father Tertullian wrote one of my favourite lines of Christian theology: “Christ, in disarming Peter, disarmed us all.” Referencing Jesus’ command to “Put your sword away!” during his arrest in Gethsemane[4]. While not the irrefutable mic-drop moment I perhaps wish it was, it is a compelling argument for non-violence.

On the issue of nuclear weapons, however, such conflicting arguments barely register. The conviction that any use of nuclear weapons, which would result in thousands of civilian deaths, would be evil in the eyes of God, requires no extra nuance from someone usually obsessed with caveats. If Jesus disarms us in any meaningful sense, nuclear weapons are to be abhorred.

There are few social issues on which UK Churches have so consistently and universally agreed as the non-proliferation of nuclear arms, and their ultimate disarmament. And while disagreements endure on just how our swords should be beaten into ploughshares – usually around the graduality of the process – generations of Christians have preached that we should be bringing about in the present that peace which is ultimately secured in the coming Kingdom.

If we condemn the use of indiscriminate weapons, it follows that we should be doing what we can to prevent their use – and this includes their financing. Banks funding of nuclear weapons-producing companies isn’t a neutral business transaction, but a moral choice that is worthy of scrutiny.

I commend this campaign to you, and encourage you to join in with a Christian tradition of peace-making which has been continuous since its inception. Through this action, at this opportune time, we have the chance to bring about an important change.

You can read the report and take action here.

[3] Even in the case of a State that has ratified the Treaty on the Prohibition of Nuclear Weapons it is not clear that a bank based in that country would be legally prohibited from investment in a foreign company that is involved in the production of nuclear weapons. However, irrespective of any legal position, such an investment would be clearly out of step with the intention behind both national and international law. 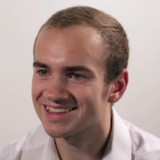 Previous Post: « Singing into a perfect storm
Next Post: Joint Interfaith Statement on the 75th Anniversary of the Atomic Bombings of Hiroshima and Nagasaki﻿ »