Now after they had left, an angel of the Lord appeared to Joseph in a dream and said, “Get up, take the child and his mother, and flee to Egypt, and remain there until I tell you; for Herod is about to search for the child, to destroy him.”

Then Joseph got up, took the child and his mother by night, and went to Egypt, and remained there until the death of Herod. This was to fulfil what had been spoken by the Lord through the prophet, “Out of Egypt I have called my son”.

When Herod saw that he had been tricked by the wise men, he was infuriated, and he sent and killed all the children in and around Bethlehem who were two years old or under, according to the time that he had learned from the wise men.

The birth of Jesus is one of the most well known stories in the world. The people at the centre of the tale have become so well known that it is often difficult to remember the humanity of the situation Joseph, Mary and their young son found themselves in. Born into powerlessness and persecution by the state, Jesus and his family were forced to flee a tyrannical leader set on destroying any risk to his continued power.

Despite the instructions from the angel in Joseph’s dream, the decision to follow God’s orders and flee would have been a terrifying one. There was no certainty that the young family would be safe.

For the Israelites , Egypt had been a place of slavery for generations of their people’s history. Mary and Joseph would have been well aware of this, and had no way of knowing if they would be welcomed or shunned in Egypt.

There must have been a real sense of urgency and fear. Woken up in the dead of night by an angel, and told to flee to a foreign land would have been frightening enough. Not to mention that King Herod was attempting to hunt down and kill their new-born son. Like so many modern day refugees and migrants, the decision to flee was based on the necessity of survival.

The news would have soon reached Mary and Joseph that Herod had killed many other children in his quest to retain power. It is difficult to comprehend what they would have felt when hearing this news. Almost certainly relief at escaping, but also the continued fear of still being hunted, along with grief for the many children who were murdered at Herod’s hand and maybe even guilt for their own child’s survival.

This is indeed a tale full of remarkable, transformational encounters and miraculous events. However, at its core is a tale of migration and displacement, through which God identifies with the many refugees in our world who have experienced similar hardships.

A husband, wife and their new-born son are forced to flee their home due to persecution from a tyrannical leader. Trusting in faith that the journey will be a safe one, they exchange their home, family, community and language, for the hope of safety, security and a life free of persecution.

This is Jesus’ story, but it is also the story of many families across the world. The flight of millions from Syria hoping to escape a state complicit in its own people’s persecution, or those leaving Somalia with the aim of escaping famine and political turmoil.

The Israelites were displaced as a consequence of slavery. Jesus himself was displaced even before he was born, and again in his early years of life in Egypt.

Jesus’ birth and early life is remarkable, but it is also incredibly normal. The flight to Egypt reflects the experience of so many who are also forced to flee for safety and survival. Indeed, the story of Jesus’ family’s flight would not seem out of place within the tales of the millions of modern day refugees who are endeavouring to reach safety.

Jesus, the king of all, worshiped, praised and adored, started his life as a displaced person, seeking refuge in a foreign land. Immanuel, ‘God with us’, goes with those who continue to make this journey today.

God who knows what it means to flee,
but who stands steadfast across time,
build within us compassion for those who are displaced.
Help us to open our minds, hearts and communities
to those who are seeing a welcoming environment
as they turn their backs on danger and distrust.
Remind us that you are amongst them,
and travel with them as they continue their journey.
Help us to listen, hear and be transformed by their stories.
Amen

This reflection was originally published as part of the Prepare Ye The Way worship materials for Advent 2018. Is is one of a series of blogs looking at how we can be part of creating a welcoming environment for migrants. Read the others here.

Image above: Civilians flee from fighting after Syrian army tanks entered the northwestern city of Idlib, Syria, in 2012. Credit: Nasser Nouri. Reproduced from Flickr under a Creative Commons license. 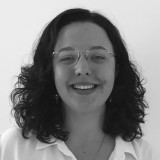 Previous Post: « What would be in a Welcome Manifesto from your church?
Next Post: An Epiphany Prayer »