Today, the House of Lords will discuss the addition of the ‘genocide amendment’ to the Trade Bill.

This amendment would give the UK high courts powers to decide if a potential trading partner is committing genocide, forcing the Government to refer to this decision before making any free-trade agreements.

The amendment is widely considered to be an attempt to protect Uyghur Muslims in the Xinjiang province of China, where an estimated 1 million people have been detained by the Chinese Government, put into labour camps or moved to other regions to labour.

A similar amendment was voted on in the Commons last month, where it was narrowly defeated due to Government opposition. Nonetheless, a considerable number of Conservative MPs rebelled against the Government to support the amendment, in the hope of preventing trade deals with countries that are committing genocide. If the Lords successfully reintroduce this amendment, the Commons will again have the opportunity to vote on it.

Whilst the Government has highlighted that it does not currently have plans to sign a free trade agreement with China, if successful this amendment would allow parliament to vote on revoking any trade deal made with a country that the courts judged is committing genocide [1]. There are hopes that this measure may go some way to place pressure on the Chinese Government regarding its treatment of the Uyghur Muslims, and any other country committing similar atrocities.

Around 20% of the world’s cotton is produced in the Xinjiang region. This area is also home to the Uyghurs, a majority Muslim ethnic group that have been subjected to horrific human rights abuses in recent years. This has included mass arbitrary detainment in ‘Vocational Education and Training Centers’, forced sterilization, family separation and forced labour.

This forced labour has been implicated in the supply chain of a number of popular British companies. According to the Australian Strategic Policy Institute, around 80 brands are “potentially directly or indirectly benefiting” from the use of this forced labour including Adidas, H&M, Nike and Gap. Similarly, the company that produces the glass for the Apple IPhone, Lens Technology, reportedly received Uyghur labourers transferred to their factories from the Xinjiang region.

So, what is being done?

Alongside a number of other countries, the UK Government has recently announced new measures to prevent UK companies trading with firms in China connected with this labour. Intended to “ensure British organizations are not complicit in, nor profiting from, human rights violations”, these measures include a review of export contracts applicable to Xinjiang province and financial penalties for companies that do not comply.

As Christians, we cannot stand by in the face of genocide, persecution, or oppression. We believe in the sanctity of each and every life, and the importance of justice for each and every person. We cannot stay silent as Uyghur Muslims are persecuted, imprisoned and abused for their religious and ethnic identities.

Moreover, we have a duty to be ethical consumers; to choose to open our eyes to the story behind the products we buy and the clothes we wear even when this is uncomfortable for us. Whilst we pray that this amendment will pass, and entrench into law protections for the most vulnerable, as individuals we must take responsibility for where we place our money, and the companies we choose to support.

Over the coming weeks, as more shocking reports and video evidence of the persecution of the Uyghur people emerges, we will update you on calls to action.

[1] The definition of genocide in the 1948 UN Genocide Convention is quite narrow and it is contested as to whether the forced sterilisation of women and suppression of Uyghur culture and religion in Xinjiang by China, amounts to an intention to destroy in whole or in part a racial or religious group, under a precise legal interpretation of the Convention – https://www.un.org/en/genocideprevention/genocide.shtml 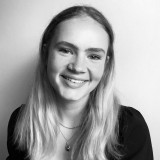