What’s your idea of Heaven? A feast? A place where people of many languages live in harmony? Where tears are wiped away? Where problems fade and disappear? A place of welcome, peace and joy?

Today I visited the Avenue Multicultural Centre (AMC) in Southampton, a weekly event for asylum seekers. My guide for the day, Richard, advised me apologetically that it would be ‘chaotic’. A room full of families, couples and single people, speaking limited English, playing board games or (for the children at least) bravely practising their acrobatic skills on the equipment outside in the courtyard. It certainly didn’t seem chaotic to my fresh eyes but a wondrous glimpse into the forming of friendships over a cuppa or swing.

Dotted about the building were consultation tables ably staffed by volunteers: English language teaching here, housing advice there, form-filling support in another corner. A band of people was filling bags with food donated each week by Costco and the kitchen buzzed with excitement as the team prepared for lunch. The arrival of the Domino’s Pizza van was hailed with joy, their pizzas (provided at a generous discount) reinforcing an obvious thread running through the fabric of AMC: a high-quality experience to show people new to the UK that they are valued, loved and welcome.

Moving into the hall, we were treated to a programme by the AMC music group, who had been practising some traditional English songs (Scarborough Fair a clear favourite). Developing a music group requires time and dedication, but one volunteer happily admitted to me that the success of AMC – journeying with asylum seekers through their application process, being settled in Southampton and eventually being granted leave to remain – meant that band members would only be with them for a limited time before finding paid work and being able to contribute to the wider society. But the skills and confidence developed at AMC would remain with them for a lifetime.

Dancing followed, again in the English traditional style, and everyone was invited to join in. (The music group again accompanied this so beautifully.) The hall by now was almost full, with 50-60 people now in the audience as World Stages Now drama group presented their reflections on adapting to life in the UK, its challenges and joys and the real issues they face. One of the volunteers affirmed each contribution:

“We are here today to celebrate the input each one of you brings to our country.”

Then lunch. And WHAT a lunch it was. The food was drawn from a range of national cuisines, and I shouldn’t have been surprised by now that it was of the highest quality and plenteous. As I sat down at one of the tables stretching across the room, one gentleman introduced himself and his family to me in very broken English and managed to explain through a mixture of words and gestures that he had come to the UK to escape religious persecution. He had been a businessman, exporting clothing from his hometown in Afghanistan. They had been frightened from their home by men wielding machine guns (his hand-sign and vocalisation for this was unmistakable). The peace, safety and support he now felt in the UK in contrast with his harrowing experience in Afghanistan was something he was clearly grateful for, yet he longed to be able to support his family again.

As I listened to the stories of asylum seekers throughout the day, I noticed a peculiar trait. In each case, as they remembered what they had left behind in their previous country, I could see their eyes moisten as the emotion welled up within them. But the tears never fell. In an instant, they would recall what they were experiencing now, at AMC and in the UK, and their eyes would begin to smile, as a sense of relief would spread over their whole face. AMC is providing more than just a welcoming handshake, smile or nod. The volunteers are changing lives through their knowledge and support, their time and the loving way they encounter each person who visits. It’s no wonder that everyone keeps coming back and regulars are disappointed when they can’t make it!

The Avenue Multicultural Centre is a partnership of Avenue St Andrew’s United Reformed Church, the British Red Cross, SWVG (Southampton and Winchester Visitors Group) and CLEAR (City Life Education and Action for Refugees). It’s been running for 11 years, although some of the volunteers have been involved in similar projects in their respective organisations for much longer. Amazingly, with obvious passion and hard work from an army of committed volunteers, the four organisations have managed to take the best that each has to offer and fit it all together. I thought it quite like a jigsaw with four very intricately carved pieces that perfectly mesh into a beautiful whole.

In congregations across the country there are individuals and groups whose hearts will begin to quicken when they read of the good that is happening for asylum seekers in Southampton. In this Refugee Week, I wonder would you consider what you could do for the people who are new to your community and who would benefit from your love and support? You can start by visiting projects like AMC or others around the UK for inspiration and to learn from their mistakes and successes. Your efforts might not end up looking anything like what you observe in these established groups, but the key thing is that you start.

Coming back to the first question I asked above, what is your idea of Heaven? My visit to the Avenue Multicultural Centre was about as close as I could imagine: AMC was a taste of Heaven for me. 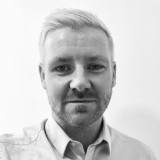 Roo has been part of JPIT since 2018 and works for the United Reformed Church, having spent ten years working in Anglican and Baptist local churches. Originally from Northern Ireland, now living in London, he loves dogs and eats vegan.