Reconciliation with the Environment At the end of last year I joined a two week pilgrimage to India led by the Revd Inderjit Bhogal. We travelled from Delhi to the Punjab, then drove up through the foothills of the Himalayas to a small town called Dalhousie.

Our purpose was to explore reconciliation in the context of the Punjab today, seventy years since the partition.

An unexpected theme that emerged again and again was the need for reconciliation between people and the environment.

We saw great natural beauty; villages nestled amongst fields and rivers and canals; birds and monkeys and cows; the Himalayas in the winter sun. But we also saw humankind’s destructive effect on the natural world.

Flying into Delhi we descended into a layer of smog. The mixture of traffic, coal burning industries and crop burning means that pollution has reached levels that have been declared poisonous. Roads designed for three lanes of traffic were accommodating seven lanes of vehicles alongside farmers burning their fields to prepare for the next crop. Households are still using traditional cooking methods, burning biomass and fuelwood three times a day. 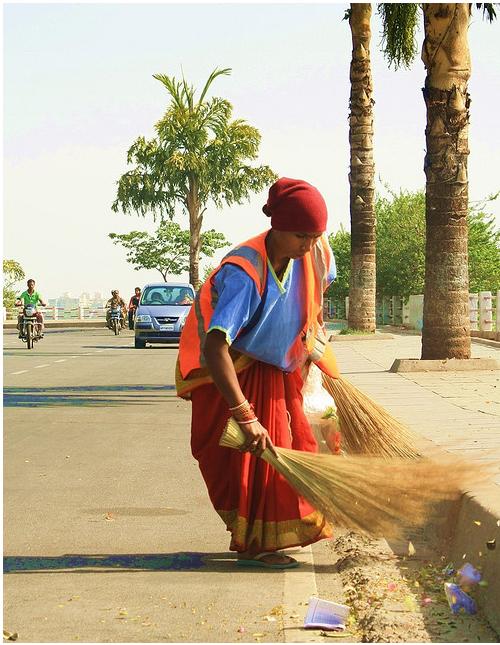 There is little wonder that the environment is suffering.

When the environment suffers we all suffer. Schools have been closed when the smog has been at its worst, and people have been advised not to spend extended periods of time outside. And when the environment suffers, the poorest suffer first and most. Not just in India, where the poorest are often given menial jobs out-of-doors in the centre of cities, exposed to pollution, but also around the world. [1]WHO – Global air pollution is worsening, and poor countries are being hit the hardest Because this isn’t a problem confined to India.

The WHO and the UN have warned about pollution levels in the UK, putting tens of thousands of lives at risk. [2] Air in 44 UK cities and towns too dangerous to breathe, UN pollution report finds [3]Britain flouting duty to protect citizens from toxic air pollution – UN And our broken relationship with the environment extends beyond pollution. The UK Government has just published their 25 year environment plan, which highlights ten areas for improvement in the environment including minimising waste, using resources from nature more sustainably and efficiently, and mitigating and adapting to climate change. [4]At a glance: summary of targets in our 25 year environment plan

As Christians, we ought to welcome this plan. When God created man and woman, his first commandment was to look after the earth (Genesis 1:28-30). As the UK Gov’t outlines its commitments to the environment, here are some things you can do in 2018 to enact justice in relation to the environment: