Real Hope for the Climate

Not just damage control: why we can have real hope as we act for our climate

The Intergovernmental Panel on Climate Change recently announced that Governments must urgently increase their current pledges if we are to avoid a rise in global temperature greater than 1.5°C above the pre-industrial levels. A rise greater than 1.5 degrees will increase the risk to health, livelihoods, food security, water supply, human security, and economic growth. This calls our attention to the need to act now and change the future before it is too late.

In much of the current debate surrounding the recent climate predictions, there have been only these two positions suggested: we carry on destroying the world, or we can try to control the damage before we endanger the planet and people forever. But both of these positions are only about survival, yet a key theme in Christian theology of climate care is salvation. We do not only believe in a God of creation, but a God of re-creation, and this means that as followers of Christ we are called to act for transformation. This sets a different and hopeful tone for our response to the world’s need.

As Christians we should be leading the movement to reduce our carbon footprint and care for the world. Our vocation as humanity is to be stewards of the earth. In creation, God blessed us with dominion in the earth, giving us the call to work and care for the earth. Our actions against the earth break with this original call from God and remove us from that blessing. Ignoring this vocation also breaks our relationship with our neighbour: climate change affects the poorest the most, and so by plundering the earth’s resources we damage the most vulnerable within humanity. Isaiah depicts the ‘withering’ of both the earth and the heavens as a result of human greed: “The earth is defiled by its people; they have disobeyed the laws, violated the statutes and broken the everlasting covenant” and graphically shows the impact this has on humanity.

In contrast, we are those called by God in to a new covenant, which means we have a renewed vocation and are enabled through Christ and in the power of the Spirit to model a new way of interacting with our environment.

However, this is more than damage control: as Christians we have real hope that it is God who redeems us from sin and calls us in to new life. Christ comes to make a new covenant with us: it is in Him all things were created and He comes to reconcile all things in heaven and on earth to himself through the cross.

Similarly, the book of Revelation has been described as a prophecy for the whole cosmos, calling us to think of the Kingdom of God “not only as the salvation of the human being, but also in terms of the survival and well-being of the entire creation”. [1] God’s redemption of humanity does not only mean that God transforms our broken relationships with God and with one another, but also that God will heal our relationship with the world. Therefore, we can see that not only are we able to be saved from our greed, but we are also shown that creation is part of God’s plan of salvation; the Spirit is groaning with us for our restoration so that “the creation itself also shall be delivered from the bondage of corruption” (Romans 8). The biblical scholar NT Wright shows that the ‘new earth’ is not about hastening the old earth’s destruction as we pursue heaven, but that a new earth emerges from the old. This means that as part of those ‘first fruits’ of the new creation, we are meant to be people who enable this new restored relationship with the world.

We are called to join with God’s Spirit in the world to start bringing about this new kingdom ‘on earth as it is with heaven’. This totally changes our perspective: we can use this moment as a catalyst for renewal, seeing something new and extraordinary coming into being. This is not just a patch up job on the old world, but the start of a completely new future.

So does that mean we do not need to do anything, as God will fix the world for us?  The apostle Paul explained how this was not the case in his conversation about whether our salvation meant we could keep on sinning. If we love God, then we partner with God’s desires for the world.

This makes our starting place in the conversation of climate change one of real and deep hope, that the earth cannot only survive, but it can be re-created.

Read our response to the IPCC report here 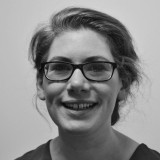