People from ethnic minority backgrounds in the UK have been disproportionately dying from Coronavirus.

Data from the Office of National Statistics (ONS) at the beginning of May identified that black people in the UK are 4 times more likely to die from the virus than white people. This is a staggering difference and questions are rightly being asked of why this is the case and what can be done to reduce this threat to life.

The reasons for this inequality are not wholly clear. The ONS have shown there is evidence that this is partly a result of socio-economic disadvantage, but this doesn’t wholly explain the data. Omar Kahn, director of the race equality think tank Runnymede, writes ‘the pandemic is bringing the harsh realities of these longstanding inequalities into sharper focus, making it clear that race should be viewed as a “social determinant of health”’. This social determinant of health is evident in the inequalities found in the increased likelihood of BAME communities to be employed in precarious work and to live in poorer housing conditions. For example, in the UK 30% of Bangladeshi households and 15% of Black African households are likely to be overcrowded compared to just 2% of their white British counterparts.

Similarly, BAME workers are much more likely to work in key sectors. A working-age black African is 50% more likely to be a key worker than a white-British working-age person, and nearly three times as likely to be a health and social care worker. In the current crisis, the value placed on different jobs in UK society has been seriously challenged and rhetoric of “low-skilled” workers rather than “low-paid” has been proven to be even more ill-judged. That these roles are disproportionately held by ethnic minorities demonstrates the intersectionality of race and economic inequality in the UK.

Amongst key workers, BAME employees have been disproportionately affected by coronavirus. BAME workers make up 72% of all NHS and carer deaths with coronavirus. 50% of surveyed BAME NHS staff felt discriminatory behaviour has played a role in the high death toll and one in five said they had experienced this personally. This has been seen most strikingly in the horrific story of Belly Mujinga, a ticket officer at London Victoria Station who passed away from Coronavirus two weeks after a man infected with coronavirus spat at her.

A review by Public Health England is underway into the impact of the virus on frontline workers from ethnic minority backgrounds and the wider community is already underway, but campaigners are urging for a full independent inquiry to take place.

The economic toll of the coronavirus lockdown is also expected to disproportionately impact those from ethnic minority backgrounds. The Institute of Fiscal Studies finds that only 30% of black African, black Caribbean and Bangladeshi households live in households with savings of over one month’s income, compared to 60% of the total UK population. A reduction in income will have a greater impact on those who do not have savings to fall back on. This differs between different ethnic minority groups also, and it is vital to recognise this distinction too. For Bangladeshi and Pakistani workers there is a greater threat to household income, with these groups more strongly represented in shutdown industries such as hospitality or those who are self-employed.

The pandemic has been described as a leveller and that “we’re all in this together”. Yet as we gain a greater understanding of what is happening across the country and across the world it is clear that inequalities are being exacerbated. Racial injustice is complex, with intersecting identities putting different individuals and communities at greater risk and clear explanations cannot be quickly identified. The call for an inquiry into the inequality of coronavirus deaths in ethnic minority groups is a welcome one, and must be taken up in order to ensure the pandemic does not weigh unevenly on ethnic minority families. 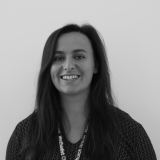 Previous Post: « What does a global pandemic mean for developing nations?
Next Post: Climate Change and COVID-19 »