2022 has been a year of so many highs, lows and Prime Ministers! Here, the JPIT team take us through a review of their favourite things to come out from this year. We wish you a peaceful and happy Christmas and every blessing in 2023.

Favourite read: Apeirogon by Colum McCann – an amazing piece of writing that seamlessly links seemingly random facts to tell the story two men, one Israeli and one Palestinian, who despite having lost a child in the conflict, have formed a strong friendship and bond and work tirelessly for peace.

Favourite headline: ‘Think Westminster’s a mess? It’s nothing compared to the north’s mismanaged rail system’ – headline for a Guardian article by Greater Manchester’s Metro Mayor Andy Burnham 22nd Oct 22 – just seems to sum up much of life this year working for JPIT and travelling regularly from Manchester to London!!

Favourite place: Wembley Stadium Sunday 31st July 2022. It was fantastic, and a touch emotional, to be in the crowd as ‘football finally came home’!

Favourite meal: The bread and za’atar offered to me during the 3 and a half hour wait at the Israeli checkpoint when I was leaving Gaza. The patience and generosity of this elderly Palestinian woman was a real blessing against the backdrop of oppression.

Favourite headline: ‘Tip of the Iceberg: How long can wet lettuce Liz romaine?’

Favourite read: Debt the First 5000 years by David Graber. I love this book not so much for what it taught me (which is a great deal) but for how many of my comfortable assumptions about debt, money and the economy it undermines. Did you know that debt came long before money existed, that no economy has ever been based on barter and that the origin of money in most societies is not trade but in cementing customs and relationships? I do now and am prepared to bore you with why.

Favourite TV show: Derry Girls – I grew up in Northern Ireland around the time it is set. I could say I like it because it beautifully captures the ludicrousness of that time and place, but mainly it is because after watching for 30 minutes my accent reverts to proper Belfast and my children can’t understand a word I’m saying.

Favourite song: A Million Dreams – I have always liked the song but when my daughter sang it at her school concert I “had something in my eye” for an embarrassingly long time afterwards.

Favourite Chancellor: So many to choose from this year – but it must be Kwasi Kwarteng. The September budget did what large numbers of influential thinktanks have been advocating for a generation – they said point money towards the richest, free them from tax and regulation and the economy will fly. It did fly – into a wall. Kwarteng’s budget taught us an extraordinarily important (and expensive) lesson – an ideology that focusses on enriching the rich and ignores the poorest is economically, politically and morally unacceptable.

Favourite JPIT meeting: All of them because I work with such great people.

Favourite Headline: “Don’t ‘close the door’ on asylum seekers, faith leaders urge Boris Johnson”. Even though we didn’t see the changes we called for, Faith leaders spoke up loudly against the inhumane policies of the Nationality and Borders Bill earlier this year. I’m proud that we were clear about how we want to see asylum seekers treated – with dignity and respect.

Favourite Read: ‘The Bullet that Missed’ by Richard Osman – This series has been an indulgent read for me over the last few years! I love the characters and getting stuck into the story. A good bit of escapism!

Favourite TV Moment: The Citizens of the World Choir performing on the Pyramid Stage at Glastonbury with Elbow and Little Amal. Even though I was stuck at home with Covid and couldn’t join them, I couldn’t have been more proud of this public display of solidarity and empowerment from a brilliant choir of refugees, asylum seekers and friends.  You can watch it here.

Favourite Place: I got married this year, so I am lucky enough that my favourite place was our wedding reception, at our local communal garden, surrounded by our family and friends.

Favourite read: ‘Humankind’ by Rutger Bregman, not perfect, but one of the few books I’ve read recently that is adamant humans are actually not all that bad.

Favourite podcast: ‘EarBiscuits’ – A podcast where two friends who have known each other since they were 5 and are now in their 40’s talk about life, be it mundane or very much not.

Favourite TV show: Ghosts, on BBC, which sees the cast of Horrible Histories reunite for a very easy watching comedy.

Favourite line from a Prime Minister’s resignation speech: Boris Johnson’s farewell to Parliament, which included a frightening number of suggestions that he might be back… Hasta la vista baby!

Favourite Read: I reread the Chronicles of Narnia this summer – bit of an old recommendation but there’s still so much beauty and wisdom in CS Lewis’ descriptions which went over my head when I was younger.

Favourite Podcast: ‘You’re Dead to Me’ on BBC Sounds – a really interesting, in depth and humourous look at historical figures and events with a historian and a comedian as guests each episode. I’ve learnt so much from it, and it makes me laugh.

Favourite TV Show: Stranger Things – rewatching the earlier series this summer as well as the new one was such a joy (even if I did have to watch through my fingers occasionally). It’s such a beautifully made, creative and in depth show with characters you can’t help but love.

Favourite YouTube Channel: I love ‘The Take’, an in depth look at cultural commentary, film theory and analysis of popular culture which really gets into the nitty gritty.

Favourite campaigner: Martin Lewis, the ‘Money Saving Expert’, has really used his platform powerfully this year, especially to highlight the huge pressures facing many on low incomes – and the necessity of government intervention.

Favourite podcast: The Rest is Politics. Alastair Campbell and Rory Stewart have been insightful companions through the many political twists and turns of the year.

New skill: Finding as many ways as possible to stay warm while working at home without having to put the central heating on. It’s been a follow-up to the summer skill challenge of finding ways to stay cool during the heatwave.

Favourite conversation: Bringing together Al Barrett, Zrinka Bralo and Matthew Van Duyvenbode to explore what it means to work for change from the ground up at the JPIT Conference in June (catch it again here)

Favourite song: My daughter’s school choir singing a contemporary rewriting of the Ukrainian ‘Carol of the Bells’ had me in tears, especially with the consciousness of the number of refugees from Ukraine that have been welcomed to the school during the year.

Favourite podcast: “The Political Party” – Matt Forde (Funny and informative – Matt Forde is one of the most underappreciated interviewers of our time)

Favourite Film: “Licorice Pizza” (or “Petite Maman”, but it’s unfair when you’re up against a new Paul Thomas Anderson film)

Favourite Headline: “Government should be ashamed of Nationality and Borders Bill” (Maybe a bit bias – JPIT may have had something to do with this)

Favourite night out: “Matilda” in the West End with my kids – converted them to want to be revolting children (in the good ‘campaign for justice’ sense I hope!)

Favourite podcast: the Magnificast – explores Christianity and the political left in a very fun way!

Favourite read: A Good and Dignified Life: The Political Advice of Rosa Luxemburg and Hannah Arendt – ok it doesn’t sound super interesting but it’s one of the most hopeful and inspiring little books.

Favourite film: The Swimmers about the two Syrian girls who travel to Germany – feeling hopeful for changing some perspectives on refugees.

Favourite place: Brighton! I love escaping from busy London to the South Downs and the very empty beach at this time of year. 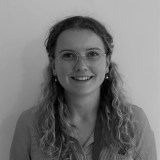