I am one of JPIT’s new House of Commons interns, working with both JPIT and Cat Smith, Labour MP for Lancaster and Fleetwood. I have just returned to the UK from Sweden, where I spent a year studying religion and politics. I attended an ecumenical church whilst in Sweden which was very vocal about political engagement. This experience prompted me to reflect on what we can learn from other countries, especially whilst living abroad in the context of Brexit.

At University, I reconnected with my faith and thought much more critically about how politics and faith come together – aided by my studies in International Relations. Rather than being disconnected from reality, the harsh realities of injustice can be a driving force for Christian engagement in change. Unfortunately, my course represented Christianity in a rather poor light. In International Development, it was mentioned only for its problematic colonial past. In discussions around conflict, an inclination towards violence. And, in politics, its role in the Trump campaign.

This instilled a strong desire in me to correct the record. Nothing taught was false per se, but everything that I believed and valued about Christianity was left out. We are called to follow Jesus’ example of caring deeply about the poor and marginalised. To treat everyone with such love and kindness should produce a vastly different story.

In the new world of global information flows, we are all aware of injustices spanning to every corner of the world. Far too often, it is easy to believe that we are powerless individuals and to choose indifference to these issues. Yet to follow Jesus is to care about everyone affected, just as he would. It is to be part of a huge community of believers who, together, are far more capable of change. There are many avenues available in the pursuit of change, but I think political action and involvement is one of the most effective.

When I first saw the JPIT internship advertised, I read the Six Hopes for Society and felt hugely encouraged that they were all hopes I shared and believed should be prioritised. It is a huge privilege to be part of this team and I look forward to getting stuck in. 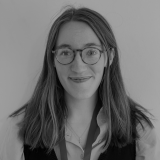 I am very excited to be the new JPIT/ House of Commons Labour intern. I have just finished my degree, where I specialised in the relationship between religion and politics. I am particularly interested in work focused on refugees and inequality.

Previous Post: « An energy cap announcement in three parts: the good, the absent and the ugly
Next Post: Introducing Hazel »