In response to government discussion around cutting the 0.7% foreign aid budget, Will discusses its relevance for today, and for the gospel.

Few government departments are subject to such rigorous scrutiny over their spending as the Department for International Development (DfID). Nevertheless, in recent years, the UK’s commitment to spend 0.7% of Gross National Income (GNI) on overseas aid has enjoyed cross-party consensus. In 2005, the Labour government signalled its intention to meet this UN spending goal, and in 2013, under the Conservative-Liberal Democrat coalition government, the UK became the first G7 country to meet the target.

Therefore, recent reports that International Development Secretary Penny Mordaunt has told cabinet colleagues the current spending target is unsustainable should be a source of considerable concern.[1] Another Conservative leadership contender, former Foreign Secretary Boris Johnson, has offered his support for a post-Brexit shake-up that would see a large cut to international aid spending and a merger of DfID with the Foreign Office.[2]

A Downing Street spokesman insisted “there are no plans” to ditch 0.7%, which is now enshrined in law, but the Secretary of State’s reported comments come at a time when the government will be re-evaluating its spending commitments after Brexit and public attitudes remain sceptical.

Indeed, a petition sponsored by the Mail on Sunday in 2016 calling for an end to the 0.7% expenditure received almost 250,000 signatures.[3] In response to the sexual exploitation scandal last year which engulfed Oxfam and other charities, the Sun called for an end to the spending target, and the Daily Telegraph featured an editorial asking: ‘Should Britain really be spending almost £14bn a year on overseas development when austerity has for so long been the grinding watchword at home?’[4]

Even when people are told that the UK’s entire international aid budget is barely 10% of what we spend on health in England, and approximate to what we spend on policing in England and Wales, 52% of respondents in a thorough 2016 survey about UK public attitudes towards development believed that aid should be cut.[5]

At a time when we are particularly conscious about the kind of country we want to be, our commitment to the poor and vulnerable across the world is something to be celebrated and continued. We should be proud not only to have been the first of the G20 countries to meet the target, but one of only three EU members to commit such a proportion of our current spending budget to overseas aid.[6]

The government tends to defend its commitment to 0.7% on the basis of national interest and ‘creating a more stable and secure world’.[7] To some extent this is understandable, particularly given the criticism of the spending target by many Conservative backbenchers, and is more likely to win support from the public, too.[8] Aid Attitudes Tracker polling found that making the moral case for international aid often fails to engage people, particularly if they feel like they are being preached at or if they feel the targets are overly ambitious.[9]

Yet we must be careful to ensure that the case for international aid is not based totally on interests, because then there is little basis for maintaining a spending target when it ceases to be in our direct national interest.

Supporting children through school, enabling access to clean water, and providing resources to combat malaria manifestly have a moral as well as a political dimension.[10]

As Christians, we should never shy away from the moral imperative behind our concern, nor forget that we are called have an outlook that extends beyond our borders to fellow human beings in greater need.

Paul writes in Galatians that

‘the entire law is fulfilled in keeping this one command: love your neighbour as yourself’.

When Jesus is asked the question, ‘Who is my neighbour?’, he does not run through a list of the excluded, but instead tells the parable in which a Samaritan does not see a stranger, but a half-dead fellow human being in desperate need.[12] The Samaritan was moved by compassion to help the injured man without expectation of anything in return. This grace lies at the very heart of the gospel.

We are interested in justice, not just charity, so we should demand high standards, transparency over how aid is spent, and ensure that it is delivered as effectively as possible. 0.7% is only a laudable target if that money is being spent responsibly. At its best, aid is not simply a handout to people in need, but real, sustainable investment in a community that allows it to find its own solutions.

This must be the basis for our engagement overseas. National interests change, but God’s word, which spurs us into action, remains the same. As soon as international development becomes contingent solely on our interests, it becomes a less secure commitment. We should be engaged so that the UK continues to set an example to others with the compassion and effectiveness of its global engagement. 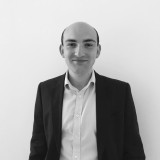 Previous Post: « Why work should be part of welcome
Next Post: Amber Rudd’s statement on Universal Credit: So welcome and so inadequate. »