Notes from the latest meeting of the APPG on Refugees

I had the privilege of seeing this principle in action at the All Party Parliamentary Group on Refugees last month, where several former detainees bravely spoke of their experiences in ‘immigration removal centres,’ (IRCs) deemed by one panel member the site of ‘the most serious human rights abuses in the U.K.’ A sobering Thursday morning to say the least, I left with a renewed appreciation for the legal rights that most of us take for granted.

Last year, over 27,000 people were held indefinitely in what one former detainee likened to ‘filing cabinets for human beings;’ from which security giants like Serco and G4S are turning a tax-payer funded profit. This is despite the fact that it ‘has consistently been found,’ that it is ‘significantly cheaper,’ to maintain an asylum seeker in the community than to spend £37,230 detaining them for a year in what is essentially a large scale privatised prison.’

The University of Oxford’s Migration Observatory reports that the most common group to be held in immigration detention are people who have sought asylum in the U.K at some point. The system is a labyrinth. Failure to fill out a 65 page form in a second language should not result in vulnerable people having an average of a year and a half of their lives taken away from them.

The majority are subsequently released back into the community making the Home Office’s actions not only costly and inhumane, but pointless. The Shaw Report, a Government Review on the welfare of the vulnerable people that the Home Office is detaining, cited a UNHCR Report which similarly acknowledged that ‘there is no empirical evidence that detention deters irregular migration or discourages persons from seeking asylum.’ Detention centres have recently overseen 3 fatalities in the space of less than a month, including, as euphemised by the report, one ‘self-inflicted death.’ A further suspected ‘self-inflicted death,’ occurred as recently as last week.

Some at the meeting explained that they had chosen to seek refuge in Britain because they saw it as a rights respecting country where the State can be trusted; they were left embittered by the feeling, learned the hard way, that this is not always so. The panel concluded that ‘Parliamentary inactivity,’ was to blame for the fact that too little has changed since the publication of the Shaw Report.

Thankfully, due in part to the tireless work of campaign groups and a harrowing Panorama programme that laid bare the realities of a system ill-fitting of any developed nation, those held in IRCs are not as invisible as they once were. But as the only country in Europe without an upper time limit on detention, we can and should do better. ‘We need detention,’ in the words of one survivor ‘as a last resort, not as the first resort that it is now.’ 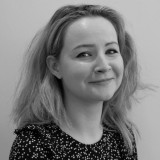