“If you are from a black Caribbean background, you are three times more likely to be permanently excluded from school than other children.”

Such was the disparity Prime Minister Theresa May highlighted at her Party Conference speech in 2016. Twenty years of official statistics further support this. As the rising focus on racial injustice is boldly highlighting, exclusion is just one example of bias in policy, practice and perspective impacting the daily lives of BAME children and young people in the UK.

School exclusion tends to signify a breakdown in relationship between the school and student. It signifies a definitive ending to other disciplinary procedures. Between 1998 and 2001, the number of black students excluded actually fell dramatically. Within the last decade, there have been periods in which the number of Black students given temporary exclusions have dropped. These changes have occurred when the government have been determined to reduce the overall numbers of exclusions (without taking ethnicity as a factor), with schools particularly encouraged to use other disciplinary measures.

Yet, since 2007 there has been a consistent rise in the number of black students being excluded. Most worrying is the prevalence of over-exclusion in these circumstances. Data from the National Pupil Database showed the over-exclusion of black children persisted from the earliest stages of their education, with rates of exclusion for black children being significantly higher than their White counterparts. Furthermore, the Timpson Review commissioned by the Department for Education found a number of students were excluded during their final years of compulsory education. Exclusions can have a detrimental impact on educational attainment and students who are excluded are less likely to finish school with good GCSEs. Additionally, there is a direct correlation between exclusions and youth crime.

Many have attributed this trend to be as a result of constant stereotyping and unconscious bias. Put simply, despite the common presence of good natured intentions and lack of conscious awareness of the discriminatory effect, schools have fixed cultural norms that exclude minorities and result in some teachers having preconceived notions of how a black student behaves.

David Lammy famously asked, ‘What then, can be done?’. As society seemingly makes progress collectively uncovering bias in our institutions and structures, what positive measures can we take to address this issue?

Firstly, targeted action is required from the government. History has shown that when the government attempts to make a concerted effort to reduce exclusions, it can. Acknowledging the racial bias in exclusion measures clearly present in schools is a first step to creating policy and practice solutions which can address the disparity.

Secondly, Ofsted can be a key player in reforming our educational system. In March 2016, a report produced by the Society for Educational Studies found the importance of racial equality in schools to have lessened based on Ofsted’s shift in focus. This clearly needs to be addressed if progress is to be made.

Lastly, we need to ensure that teachers receive appropriate training in relation to unconscious bias. Teachers play a key role in shaping the educational institutions they are part of. Uncovering and addressing unconscious bias is a first step in equipping education staff with the tools to dismantle and overcome these obstacles.

In my own experience, I reflect on what I have witnessed with my friends. I can see how, after being excluded, they fell into a life of crime, and wonder how different things could have been had schools provided extra support and identified the needs of black children who were more likely to be excluded. In these and many other cases, it is far too easy to determine these increases in exclusion rates to be a result of a zero-tolerance policy, through which black students are disproportionately affected. With many institutions having to review the way they operate that could be discriminatory toward BAME people, it is imperative the government establishes an independent commission to look into the racial and ethnic disparities at play and seek to understand why such disparities exist in exclusion rates.

JPIT have commissioned a series of blogs exploring racial justice, particularly at its intersection with other issues of justice and peace. To see other blogs in this series, click here. 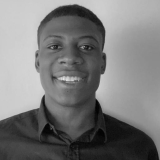 Previous Post: « Celebrate with us as nuclear weapons are banned under an international treaty
Next Post: The ‘genocide amendment’ could help bring an end to the forced labour of Uyghur Muslims in China »